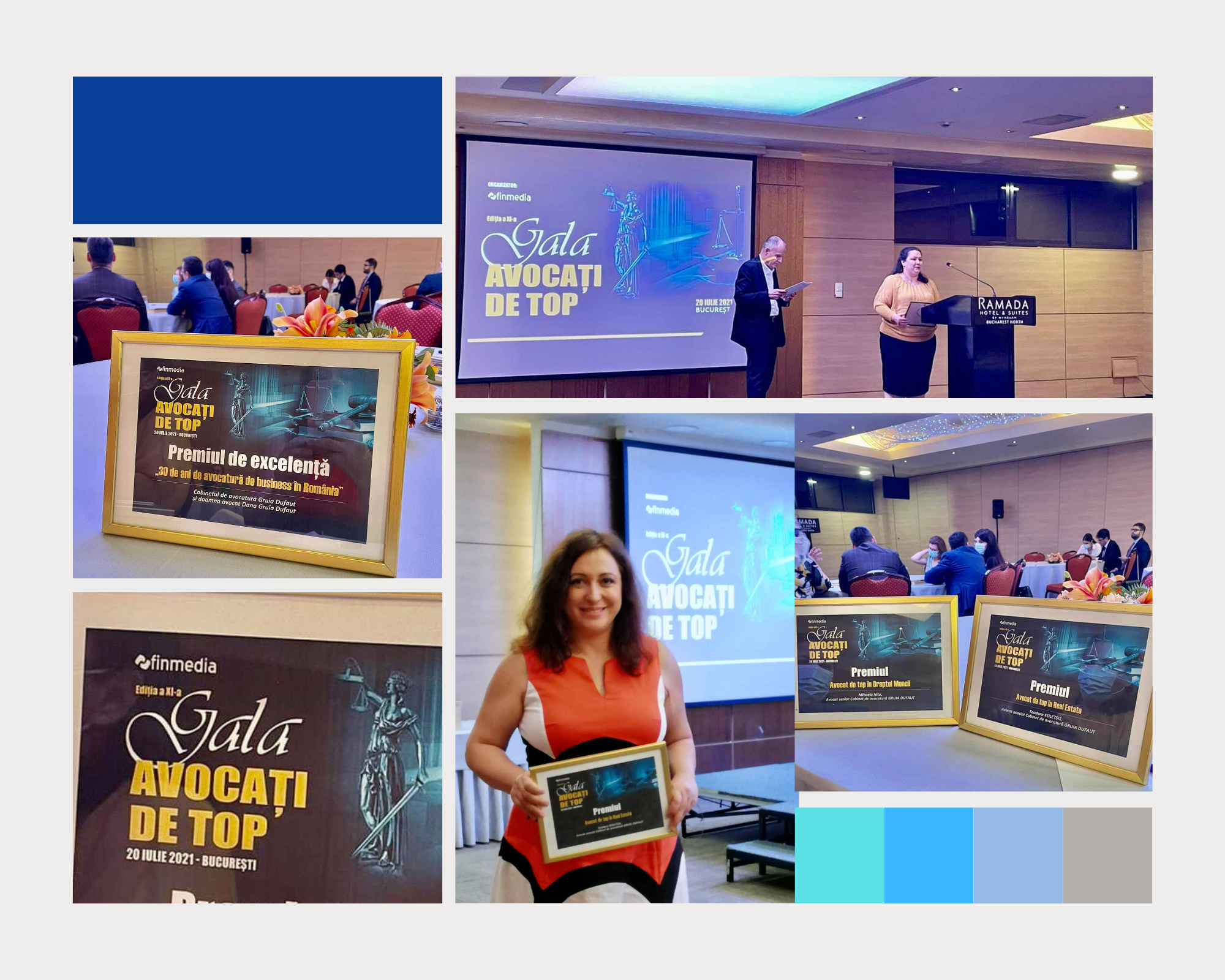 Dana GRUIA DUFAUT, Founder and Managing Partner of the GRUIA DUFAUT Law Office, received the Award of Excellence for 30 years of business law in Romania, following its numerous and relevant projects in this field.

In addition, senior members of the team were acknowledged for their activity in important practice areas of the firm, such as:

The Top Lawyers’ Gala is purported at awarding reputed lawyers with the most relevant experience, who are achieving outstanding results and high-performance levels in the most important areas of business law throughout the preceding year.

Early this year, the European Parliament adopted a legislative package for the amendment of the European Directives on public procurement. This package also comprises the Directive proposal on the award of concession contracts, which, up to present, has o Read more

Business Review: The important contribution of French companies to Romanian modernization and development

French investments are present in almost all sectors of the Romanian economy, having an important market position. 90% of the major French companies listed on the Paris stock exchange are present on this market... Read more

As part of its efforts to transpose into national law the European regulations applicable to the posting of workers, Romania has recently passed a new law on transnational posting of employees. Law no. 16 as of 17 March 2017 was published in Official Jour Read more

[Nine O'Clock] LOREDANA VAN DE WAART: ROMANIA IS STILL ON THE MAP OF FOREIGN INVESTORS; IT IS ONLY UP TO THE ROMANIA’S OFFICIALS TO MAKE IT MORE ATTRACTIVE

The performance of the Romanian economy in recent years keeps Romania on the map of investors, even if, strictly in terms of figures, we cannot speak of a recovery of the level of investments compared to the reference year 2008 (9.5 billion Euros). In 201 Read more

IF YOU WANT TO GROW, LOOK DEEP AND FOCUS ON THE BIG PICTURE

If you want to grow, look deep and focus on the big picture - Interview to Club Antreprenor Magazine with Dana Gruia Dufaut, Founder Partner Read more